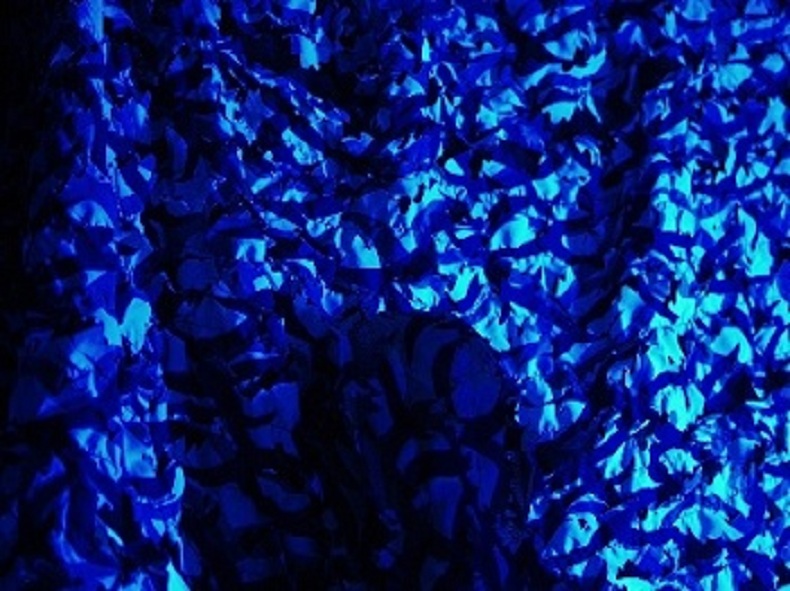 Clean It Guide is a reader supported site. When you buy through links on our site, we may earn an affiliate commission. Product prices are the same whether you buy through our links or not. Thank you for being a part of our community. Learn More

The photo above is what hunting gear looks like when you turn off all of the lights and shine a UV flashlight on it. Notice the “glow”! This garment had been previously washed in a detergent that contained Optical Brighteners! Want to know how we removed them so the entire garment looked dark afterward? Well, here’s what happened:

I have a friend, Melinda who recently moved to the northeast with her hubby Mark and three kids. Last week Melinda called me all upset and said she needed to know what she could do to wash the optical brighteners out of her clothes. Hmmm?

It would seem that whitetail deer hunting is a big thing in the area where she moved to and her husband was invited by a group of co-workers to go with them on a hunting trip. While Mark was purchasing his new hunting gear, the salesman told him to be sure and wash the optical brighteners out of everything he would be wearing while hunting. The salesman did not elaborate, and Mark did not ask for further directions because apparently, it’s much like getting lost and asking for directions, it’s just not something a guy admits to not knowing!

Well, I can’t stop thinking about this UV thing so I did a bit of research, and the following is a result of what I found.

SO HOW DO I REMOVE THE OPTICAL BRIGHTENERS?

The only thing that will eliminate them is a UV Killer. Here’s what you need to do:

CAN I JUST WASH THE UV OUT?

The short of it is there are no laundry detergents that will “wash out” UV-Dyes. You can, however, use the “kill” treatment, which I described above. You will also need to continue to use a laundry detergent that does not contain optical brighteners.

DOES BRAND NEW CAMO ALREADY HAVE BRIGHTENERS ON THEM?

About 25 years ago most US-based camo companies insisted that textile mills not put UV-Brighteners into the base cloth that camo was printed on. In today’s market, the textile industry has moved to China. Nearly all camo is made in China and they commonly add permanent UV-Brightening dyes to all base cloth. As a result, much of the camo reaches our stores with brighteners in it!

MARKETING HYPE? NOT SO MUCH!

There is a lot of debate on deer hunting forums as to whether this is all just a marketing hype. The excuse most of the nay-sayers give is, Well the ole’ timers didn’t need it.Â  Mr. Brownstone over at Archery Talk Forums had this to say “I have taken many deer without these magic potions and fairy dust. If it makes you “feel” better go ahead and use it.”

After much research though, I have to agree with those that understand the science behind it all. I found out that the reason ole’ timers didn’t need it is that they mostly wore wool, which doesn’t hold UV brighteners and back then it was rarely used in commercially manufactured clothing.

Also,Â  the US Government insist on combat uniforms being “washed with a mild detergent that does not contain optical brighteners.”

Optical brighteners found in most laundry detergents cannot be used when laundering your ACU’s (Army Combat Uniform). Military personnel have been instructed that the uniform must be washed with a mild detergent that does not contain “optical brighteners.”

Detergents with optical brighteners would result in possible unwanted detection of personnel using the uniforms in combat. Some detergents have phosphorescent properties which enhance an enemy’s ability to see the soldier when viewed with Night Vision Devices,Â making the brightened uniform a visible target.

The photo below is what clothing looks like that has been washed in regular detergent that contains optical brighteners viewed under a black light. This means night vision can see you and so can the wildlife! 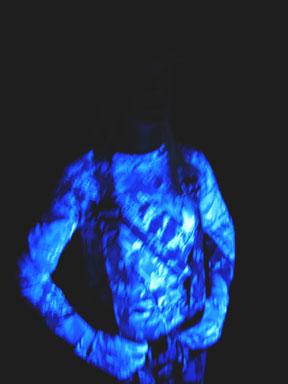 Note: You don’t want to wash Goretex in liquid detergent, it will ruin it.

Can You Use Soap Nuts In Cold Water?

How to Make Your Own Laundry Detergent

5 Quick Tips To Help You Solve Your Missing Sock Laundry...

How to Make Your Own Laundry Detergent

Can You Use Soap Nuts In Cold Water?

ABOUT ME
Newspaper is your news, entertainment, music & fashion website. We provide you with the latest news and videos straight from the entertainment industry.
Contact me: dyan.heffner@craft-ideas.com
FOLLOW US
© Copyright 2017 - Newspaper WordPress Theme by TagDiv